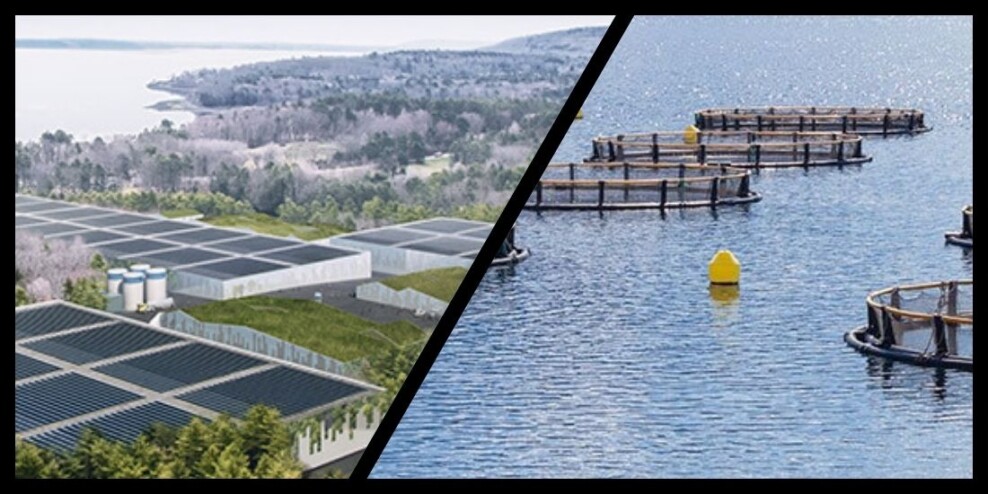 Company got permit, but opponents still concerned about waste and other impacts

Norwegian fish farming company Nordic Aquafarms took a big step closer to building a land-based Atlantic salmon feedlot in Belfast, Maine. It took more than three years of public hearings and permit applications before the company obtained a US Army Corps of Engineers permit. It’s the last major obstacle in the process.

The company wants to build a recirculating aquaculture system (RAS) farm to grow Atlantic salmon. It works similar to a home aquarium, in which the growing environment and waste stream are tightly controlled.

The Maine project is proposed for a 21-hectare site, equal to more than 30 city blocks. Projected to cost US$500 million, the facility will grow product from eggs to processed fish at the end of the cycle. The plan is to ramp up production from an initial 16,000 metric tonnes to 33,000 metric tonnes annually.

“It has been a long and comprehensive process, and we would like to thank all the hardworking permitting authorities that have been involved,” Nordic Aquafarms President Erik Heim said, in a story first reported on SeafoodSource.com.

Heim said the company is looking forward to getting started. As part of the project, Nordic Aquafarms plans to build a new waterfront park for the community.

However, it’s been a rocky road getting to this point. The company announced plans to build the facility in January 2018. It has since been navigating through local, state, and federal permitting with lots of local opposition.

Many locals believe putting the feedlots on land, while better than floating open-net-pens, doesn’t make them safe. They are concerned about waste from the feedlot. What will happen to the fish poop that will flow out as effluent? Opponents have the filed multiple objections, and there are still some outstanding appeals on some of the company’s permits.

There is also a dispute over the ownership of intertidal land where the company plans to route inflow and outflow pipes. Belfast City Council voted unanimously to pursue a legal provision known as “eminent domain” to take over the area at a recent meeting.

“The opposition has lost every single legal battle. Their entire approach was it didn’t matter if they win, they were going to exhaust Nordic through time and money,” Councilor Michael Hurley said during a council meeting.

But the fight is not over.

Two conservation groups, Upstream Watch and the Friends of the Harriet L. Hartley Conservation Area, are vowing to fight the city in court and challenge the decision to assume control of the intertidal area and pave the way for Nordic Aquafarms. Opponents of the project have been holding regular protests in downtown Belfast since the proposal was first announced, raising among other concerns the impact of effluent on the marine environment.

Nordic Aquafarms is also in the engineering and permitting phase for a land-based fish feedlot in California’s Humboldt County. It would produce 26,000 tonnes of Atlantic salmon and discharge 12.5 million gallons of effluent daily through an existing 2 km-long ocean outfall.

First Nations and environmental groups that have spent decades battling Norwegian-owned open-net feedlots in BC wonder why major land-based prototypes are being built in the US and not BC.