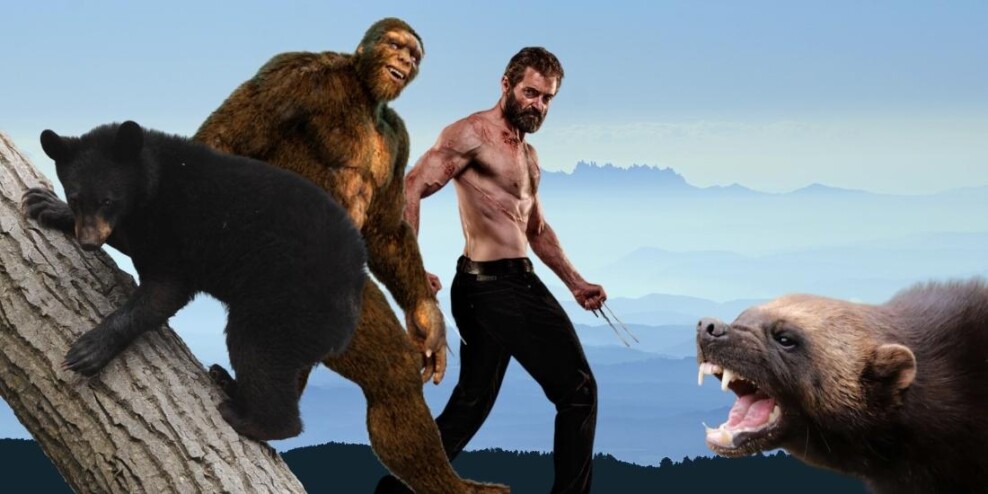 It’s solitary, elusive and seldom seen. No, it’s not a sasquatch. We’re talking about wolverines. Not the Marvel Comics’ version with actor Hugh Jackson, but the snowy scavengers known as the ‘hyena of the north.’

Wolverines are the largest land-dwelling member of the ‘mustelid,’ commonly known as the weasel family. Only sea otters are bigger. Wolverines are often mistaken for bears, but they’re not related. The species closely related include pine badgers, martens, minks and fisher.

Wolverines are tough. They make ferocious sounds, and their razor-sharp teeth are strong enough to chew through bone. And while they usually weigh less than 50 pounds, they are known to prey upon animals more than double their size. That’s why Marvel Comics decided to name one of their most iconic characters after them.

Once common throughout Canada, this people-shy mammal is in decline due to habitat loss and human encroachment. They also once roamed the mountains of Vancouver Island, but the last confirmed sighting was in 1992.

Proving it wasn’t easy, given that nobody has seen one on the Island for 30 years. Many of the records of wolverines come from old trappers’ logs. Their pelts were highly sought-after and valuable.

“How do you study something that you can’t see?” said Jamie Gorrell, a VIU biology professor, in a Victoria News story. “Instead of trying to go out and catch wolverines from the Island, what we decided to do was take a trip back in time and go to the museums.”

According to Gorrell, the 1935 research that classified the Vancouver Island wolverine subspecies was based on skull measurements. Nowadays, it’s common for old taxonomic studies to be re-evaluated using DNA. So that’s what Gorrell did.

Gorrell co-authored a study of the legendary Vancouver Island wolverine published last winter in the Journal of Mammology. With no live animals to study, Gorrell and her colleagues did some forensic investigating. They took DNA samples from specimens at the Royal B.C. Museum in Victoria and the Beaty Biodiversity Museum at UBC. Some of them were a century old.

“The coolest part, in my opinion, was getting DNA out of close to 100-year-old museum specimens,” Hessels said. “It was definitely a happy moment when we were able to get success with that.”

There has been talk of re-introducing wolverines to Vancouver Island, but Gorrell isn’t convinced.

“If [wolverines] did get eliminated from the Island, why? What was the factor that drove them out?” he asked. “If we haven’t addressed that, then trying to bring them back would probably just be a big waste of time, effort and money.”

Every year there are numerous unconfirmed wolverine sightings on the Island. It raises the possibility that this wide-ranging, nocturnal creature may still exist in remote areas on this side of the Georgia Strait.

Dog and Cat Killed, But Chickens Saved From Cougar by Hammer-Throwing Owner

What Happens When the Government Claims A Giant Predator Doesn’t Live Here, But People Keep Seeing Them?

This Was No Cat In The Hat