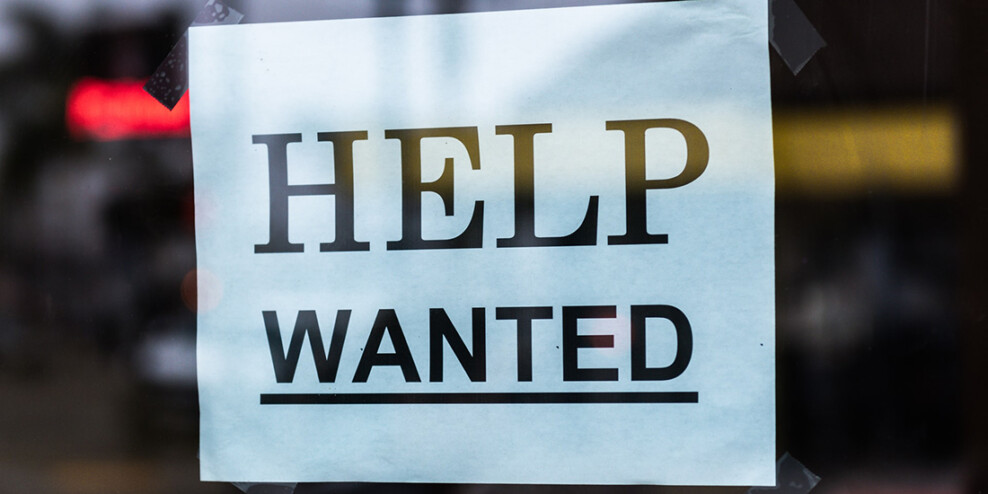 The Worker Shortage Is Not About Free Money, Maybe Lots of the Jobs Just Suck

VanIsle's worker shortage has been happening for years, then COVID made it worse

Emergency COVID programs like CERB get lots of blame for the worker shortage on VanIsle. It’s pretty common now to hear things like “people don’t want to work if they can get free money from the government.” Or, “what happened to people’s good old-fashioned work ethic?” Reps from Vancouver Island University even blamed CERB for low applications to their trade programs.

You hear similar things from most industries that need low-paid workers, but particularly from restaurant owners.

But if you ask workers, they have a different story to tell.

It’s not just Fox. Lots of people who have worked in restaurants are fed up. The hours can be bad and unpredictable, and the pay is low. Also, if you work in a kitchen, you don’t always get tips.

And then there are the working conditions. Surveys find 70 to 80 percent of women who work as servers or bartenders say they’ve been sexually harassed by their employers, coworkers, or customers. Lots of folks also face racism and homophobia.

Fox, who worked as a server for 15 years, summed up what many workers feel, “Let me shed some light on the “mystery” of this labour shortage… working in service sucks.”

Some restaurant owners agree, but maybe they don’t use the word “sucks.” Robert Belcham owns restaurants in Vancouver. He told Business Intelligence BC that the restaurant industry has been “broken” for years.

“The pandemic totally cracked it open,” Belcham said. “It exposed all of the bad parts of our industry.”

One solution to worker shortage is to raise the pay. Grant Olson runs the Strathcona Hotel and pub complex in downtown Victoria. He told the Times Colonist that he has seen ads for dishwasher jobs that pay $23 an hour.

But that doesn’t help if workers can’t afford to live where your business is.

Restaurant and hotel workers have trouble finding affordable housing, even with better pay. And that isn’t just a big city problem. All you have to do is look at Tofino and Ucluelet.

Hospitality jobs are also really unstable with all the changing COVID regulations. Olson said he knows of restaurant workers who have left for more stable jobs. They now work in construction, tech, and at big stores like Home Depot.

James Reid tells a similar tale. He is the general manager of the Hotel Grand Pacific, one of Victoria’s fancier hotels.

Reid says they’re having trouble finding housekeepers. Jobs opened up in health care and senior homes when the pandemic hit. He says lots of housekeepers who got laid off from hotels went there instead.

The BC Restaurant and Foodservices Association (BCRFA) has also watched a bigger trend for the past 10 years.

Baby boomers are retiring, and there aren’t as many young people to take their place.

That’s because about one-third of all restaurant workers are under 25. But now, there are fewer high school and college-age students to do those jobs.

BCRFA says that BC needs about 190,000 workers to keep restaurants going. Since the pandemic started, the industry has lost 45,000.

And restaurants on VanIsle are feeling the pinch.

“We just ask that when you do go out for dinner…or even just trying to get a hold of us, we have our managers doing front-line duties day in and day out,” he said.

Jan Wade is Campbell River’s Downtown BIA executive director. She told My Campbell River Now that she sees “help wanted” signs all over the place.

She says she’s worried about the situation, but she is also hopeful. Campbell River businesses are resilient and will adapt to the new normal.

So the next time you hear someone blaming CERB for staff shortages, or complaining that people just don’t work hard anymore, maybe suggest that the job just sucks.