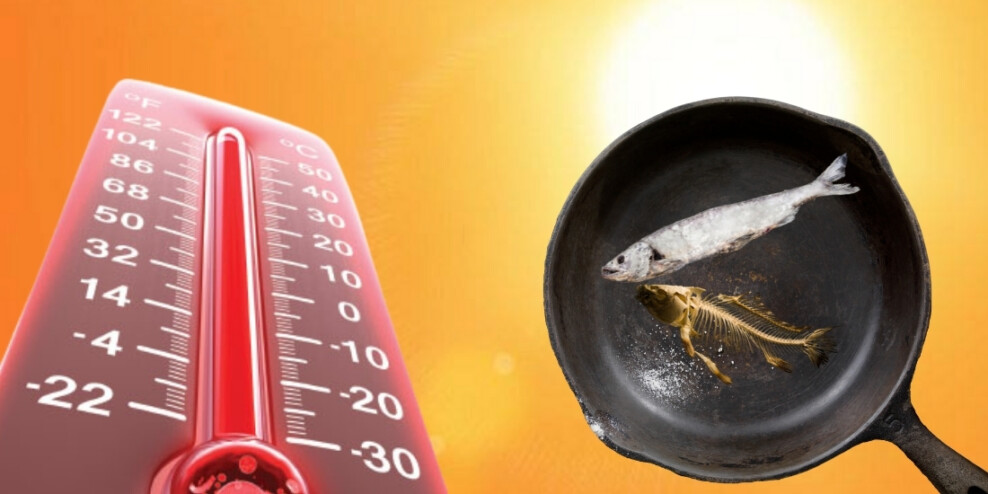 This just in. Heatwaves like the one we had in BC this past summer will kill hundreds of thousands of tonnes of fish in the future.

UBC research scientists at the Institute for the Oceans and Fisheries (IOF) modelled the impact of extreme annual ocean temperatures on commercial fisheries. Then they added in the other effects rising temperatures would have on fish, fisheries and fish-dependent communities.

Not surprisingly, the results were grim.

Politicians from around the world need to implement decisive actions at the upcoming climate summit in Glasgow. We need to reduce heat-trapping emissions – not in the next decade, not next year, but now.

If we don’t, fish and fisheries are doomed.

If no action is taken, UBC researchers project a six percent drop in fish caught every year. Scorching heatwaves will cause three out of four commercially fished species to see a decline in biomass, or the total weight of all the fish in a given area.

The total weight of fish will drop even more when the other long-term impacts of climate change – besides ocean temperatures – are added in.

Worldwide, commercial fishing revenues would drop by an average of three percent, and employment by two percent, resulting in the loss of millions of jobs lost.

“These extreme annual temperatures will be an additional shock to an overloaded system,” said lead author Dr. William Cheung, professor and director of IOF.

Longer-term climate changes, like ocean warming and deoxygenation, combined with “the shock of temperature extremes will exacerbate the impacts to a point that will likely exceed the capacity for these fisheries to adapt,” Cheung says.

Some areas will be worse hit than others, South and Southeast Asia, Pacific Islands, the Eastern Tropical Pacific, some countries in West Africa, and the Pacific coast of the Americas.

BC fisheries will be hit hard. IOF projects BC Sockeye salmon catches will decrease by 26 percent on average during a high-temperature event. Resulting in annual losses of between 260 and 520 tonnes of fish. According to UBC modelling, by the 2050s, an extreme temperature event could cut Sockeye catches by as much as 1060 tonnes of fish.